Another user on Discord got confused by being synchronized on an early block on the desktop GUI. Is this normal? 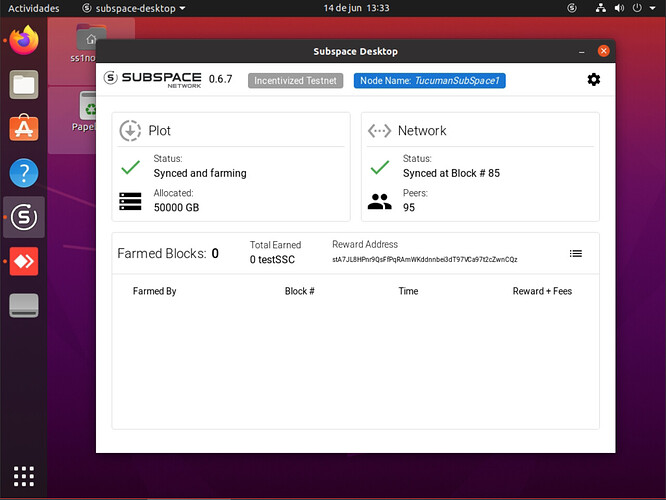 I referred to this forum post, which basically says that its normal and that the Desktop GUI does not show the back-end, but the user has been stuck on this for over 24 hours with a lot of storage pledged, any thoughts?

see the #announcements channel for an update with this issue.

This is an issue because of how the logic works with checking to see if the status is complete. The logic is simply current node block # compared to the target # (as shown in the cli or logs of subspace desktop)

Now the issue likely occurs when the node is on a fork and the target may be the same (or even lower) than the nodes current block, so the logic thinks its fully synced and moves onto the next page. I would suggest the user pay attention to the logs as for latest syncing & node status until we get this resolved.