After updating jun-18 node stucks on sync state. I saw multiple reports with the same issue I think It might worth investigating. 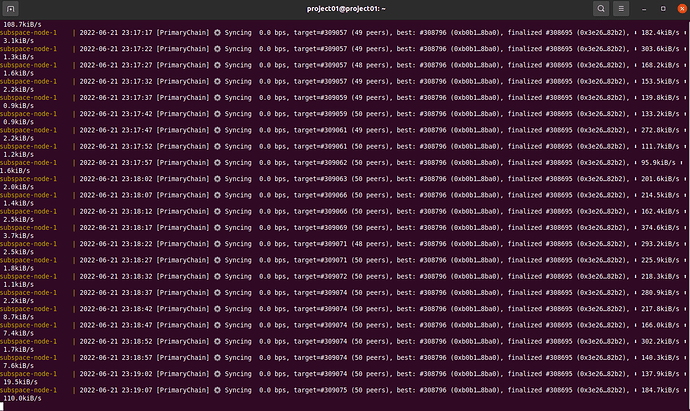 How long has it been stuck for?

@nazar-pc seeing this complaint more and more as people update to the latest version, also seeing some people start to lag behind after being synced to the head and no longer able to catch up.

Node must have a significant amount of disk IO as it cleans up old blocks. iotop command should show that on Ubuntu (sudo apt-get install iotop).

The same happened with my node. Stuck on 32196 block. Hope reinstall will solve it

Thanks for your support! I have more than 93% IO using by node… Is there any reasonable advice what can be done with that? )

Will be a new release to fix this problem? I have several nodes stuck at different heights. No tSSC for a couple of days since 18 June upgrade ( And no full sync to earn a reward! (

That is likely the reason of it. There will be a sync revamp in one of upcoming releases which alongside with other changes will make experience much better, it just takes time to get there.